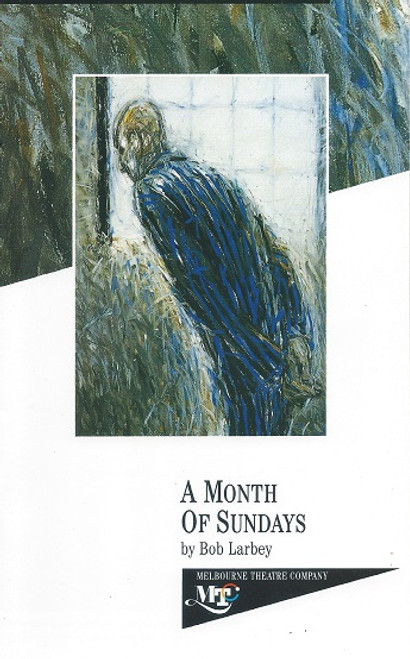 A Month of Sundays, a play by Bob Larbey, is a bittersweet comedy about growing old. It is mostly a two-hander, with a few minor supporting roles. The main character, Cooper, has voluntarily gone into a nursing home rather than become a burden on his family. We deduce his valiant determination to hold on to his remaining dignity and independence through his banter, as he jokes with the other old folks, flirts with the female staff, and keeps a close check on his own "record of physical deteriorations".His friend Aylott is a foil to Cooper, who is the more dominant of the two. Aylott is a sensitive gentle soul, nowhere near as hearty or self-important as Cooper. The two geriatrics agree that their lives now can only be endured if they treat life as a comedy.