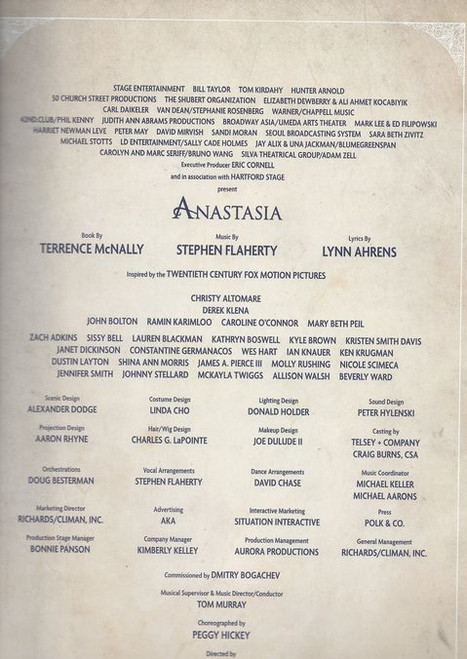 Anastasia is a musical with music and lyrics by Lynn Ahrens and Stephen Flaherty, and a book by Terrence McNally. Based on the 1997 film of the same name, the musical tells the story of the legend of Grand Duchess Anastasia Nikolaevna of Russia, which claims that she in fact escaped the execution of her family. Anastasia, who appears in the plot as an amnesiac orphan named Anya, hopes to find some trace of her family and sides with conmen who wish to take advantage of her likeness to the Grand Duchess.
Cast: Christy Altomare, Derek Klena, Ramin Karimloo, John Bolton, Caroline O'Connor, Mary Beth Peil, Zach Adkins, Sissy Bell, Lauren Blackman, Kyle Brown
Directed by Darko Tresnjak