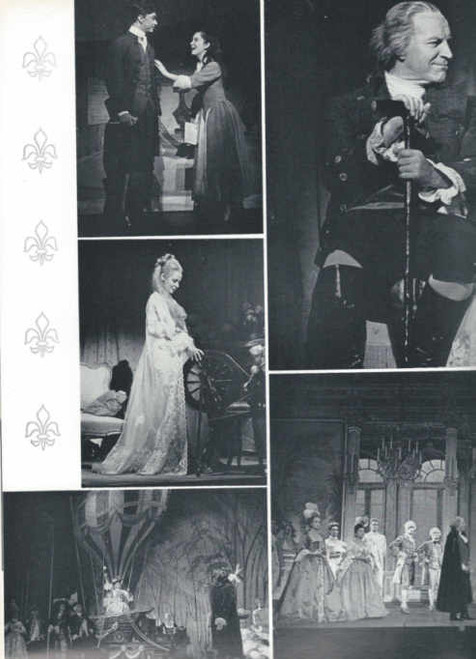 The story is a somewhat fictionalized account of Benjamin Franklin's adventures in the French capital. Seeking support for the Colonies' war against England, he arrives in Paris, where he enlists the aid of an old friend, Madame La Comtesse Diane de Vobrillac, a confidante to King Louis XVI. Franklin's hopes of winning the king's support seem dashed when British forces capture Philadelphia but rally when the Colonists are victorious at Saratoga. At home, his son William, the governor of New Jersey, sides with the enemy, and the traitorous act upsets the elder Franklin's plans. To regain the upper hand, he offers to marry Diane, but she rejects him. Knowing he faces death by hanging, Franklin nevertheless decides to go to England, hoping his act of martyrdom will win him posthumous support. Diane learns of the plan and intercedes with the King, who eventually welcomes Franklin in his new position of the Ambassador of the United States of America to France.