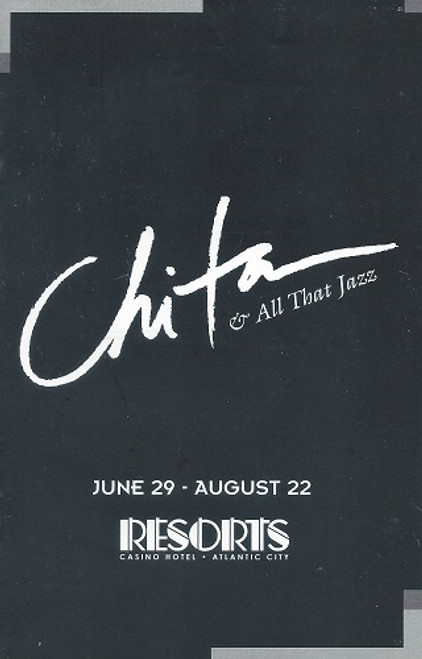 Chita Rivera (born January 23, 1933) is an American actress, dancer, and singer best known for her roles in musical theatre. She is the first Hispanic woman and the first Latino American to receive a Kennedy Center Honors award (December 2002). She was awarded the Presidential Medal of Freedom in 2009
In 1984 she starred in the musical The Rink with Liza Minnelli and won her first Tony Award for her role as Anna. In 1986, while performing in the Jerry Herman musical, Jerry's Girls, Rivera was in a severe accident when her car collided with a taxi on West 86th Street in Manhattan. Injuries sustained included the breaking of her left leg in twelve places, requiring eighteen screws and two braces to mend. After rehabilitation, Rivera continued to perform on stage. Miraculously revitalized, in 1988, she endeavoured in a restaurant venture in partnership with the novelist, Daniel Simone. The eatery, located on 42nd Street between 9th and 10th Avenue, was named 'Chita's' after her. It soon became a significant attraction for the after-theater crowds and remained open until 1994. In addition to her ballet instructors, Rivera credited Leonard Bernstein and Gwen Verdon, with whom she starred in Chicago, as being people from whom she learned a great deal.

Please Note You are Buying a Playbill

All in the Timing