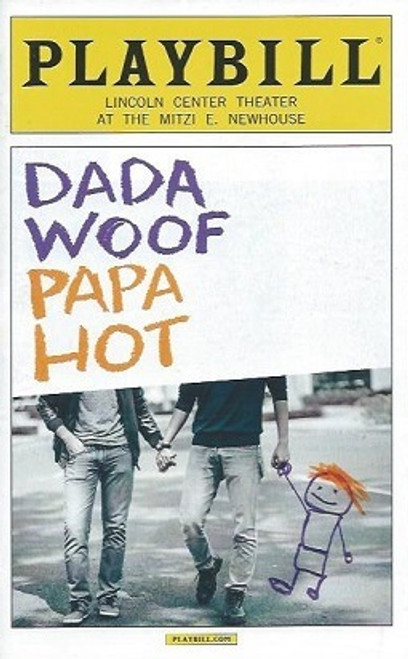 DADA WOOF PAPA HOT was brought to life by a team of New York stalwarts. Tammy Blanchard, Patrick Breen, John Benjamin Hickey (Tony Award winner for The Normal Heart), Alex Hurt, Kellie Overbey, John Pankow and Stephen Plunkett comprised the acting ensemble, and it was directed by Scott Ellis (last season’s The Elephant Man, On The Twentieth Century, and You Can’t Take It With You).

The Play follows these two pairs through their developing friendship, the conversation deepens from afterschool pick-up to the cracks in their marriages – struggles which are mirrored in the relationships of their straight friends as well. DADA WOOF PAPA HOT, a new play by Peter Parnell (QED), smartly captures the urban parent experience, particularly at this head-spinning cultural moment. #LoveWins, or so the marriage equality campaign has decreed. But what happens next? What pieces of your former self are lost when becoming a parent? Is gaining entry and acceptance into mainstream culture worth giving up what made you unique?