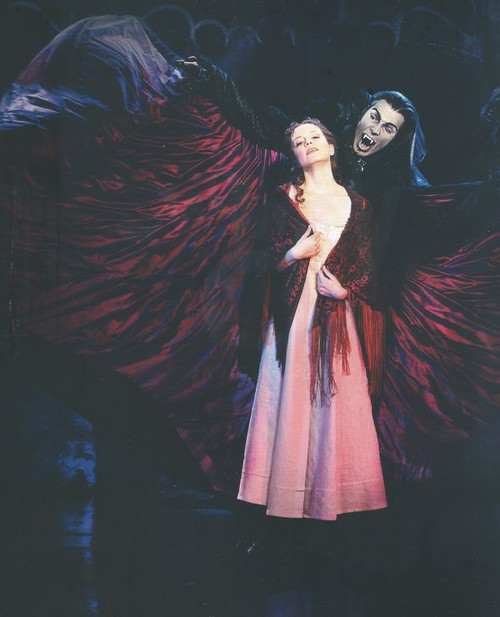 Dance of the Vampires (2018)  German Production

Dance of the Vampires (or Tanz der Vampire as the original German language version is named) is a musical remake of a 1967 Roman Polanski film of the same name (called The Fearless Vampire Killers in the USA). Polanski also directed the original German production of this musical. Music was composed by Jim Steinman and orchestrated by Steve Margoshes, and original German book and lyrics were written by Michael Kunze.

Dance of the Vampires (Musical)

Jim Steinmann's score was, for the most part, very effective, especially "Total Eclipse of the Heart," ("Totale Finsternis) and "Death is such an odd thing," ("Tot zu sein ist komisch,") and sometimes even moving "Outside, there's freedom," ("Draußen ist Freiheit"). The show boasted the translation of the original film script, as well as book and lyrics by the German Oscar Hammerstein II, Michael Kunze.