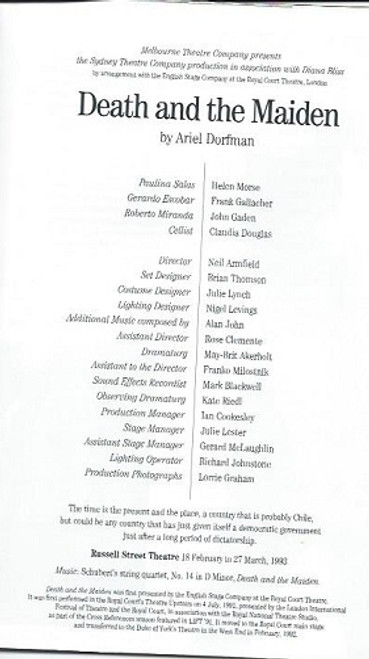 Death and the Maiden is a 1990 play by Chilean playwright Ariel Dorfman. The world premiere was staged at the Royal Court Theatre in London on 9 July 1991, directed by Lindsay Posner. It had one reading and one workshop production prior to its world premiere. Paulina Salas is a former political prisoner in an unnamed Latin American country who had been raped by her captors, led by a sadistic doctor whose face she never saw. The rapist doctor played Schubert's composition Death and the Maiden during the act of rape; hence the play's title.