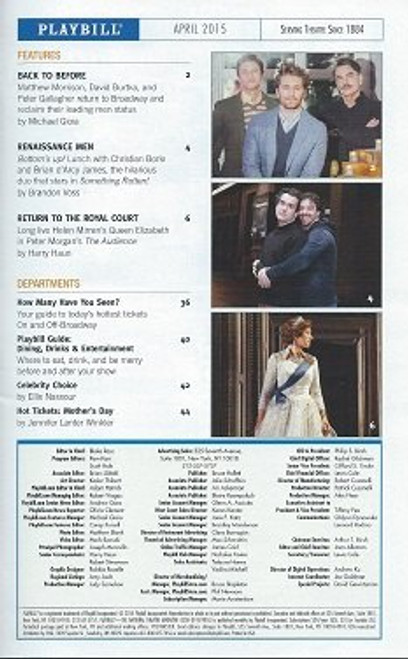 A New Musical is a 2011 musical composed by Lucy Simon, lyrics by Michael Korie and Amy Powers, book by Michael Weller; it is based on Boris Pasternak's 1957 novel Doctor Zhivago.The 2015 Broadway production, again directed by Des McAnuff, starred Tam Mutu as Yurii Zhivago and Kelli Barrett as Lara Guisher. It began previews at the Broadway Theatre on March 27, 2015, opened on April 21, 2015, and closed on May 10, 2015, due to low ticket sales and a lack of Tony Award nominations. It had played a total of 26 previews and 23 performances