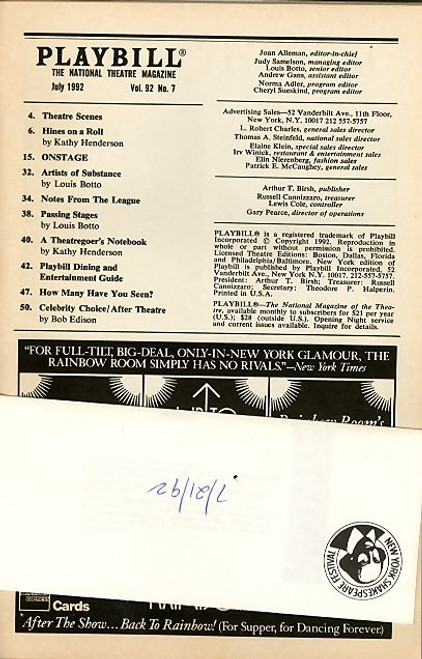 In 1991, in the Crown Heights section of Brooklyn, an Hasidic man's car jumped a curb, killing Gavin Cato, a seven-year-old black child. Later, in what appears to have been an act of retaliation on the part of a faction of the black community, Yankel Rosenbaum, an Hasidic rabbinical student, was stabbed and killed. The ensuing riots that wracked Crown Heights' previous atmosphere of tolerance for its divergent cultures made national headlines and pointed to the growing friction in racial and cultural relations across America. Drawing verbatim from a series of over fifty interviews with Crown Heights' residents, politicians, activists, religious leaders, gangs, street dwellers, victims and perpetrators alike, Anna Deavere Smith has created a theatrical event distilling the lives and voices of twenty-six of the incident's survivors into a visionary amalgam, the import of which touches upon every American regardless of race, color or beliefs.

The Gift of the Gorgon