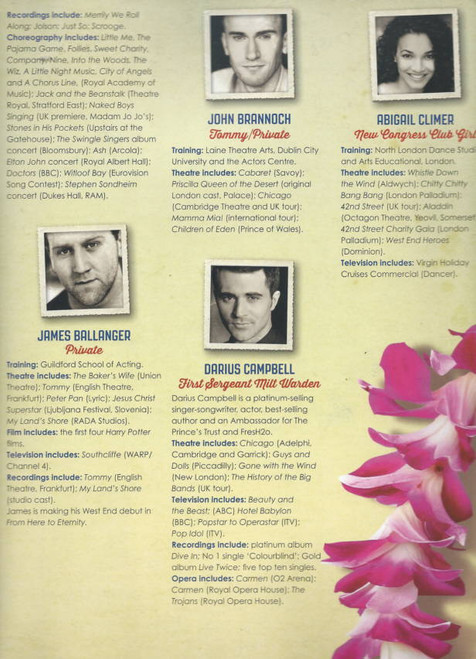 From Here to Eternity (Musical)

From Here to Eternity the Musical is musical written by Bill Oakes, with music and lyrics by Stuart Brayson and Tim Rice. Based on the novel of the same name, written by James Jones, and the 1953 drama film for Columbia Pictures directed by Fred Zinnermann starring Burt Lancaster, Montgomery Clift, Frank Sinatra and Debprah Kerr. The musical debuted at the Shaftesbury Theatre London 30 September 2013.

The musical is based on the 1951 novel, by James Jones. In May 2011, it was announced that the adaption was being planned with Sir Tim Rice having acquired the stage rights with the intention of opening the show in London the following year.

But I Wouldn't Want to Live Here