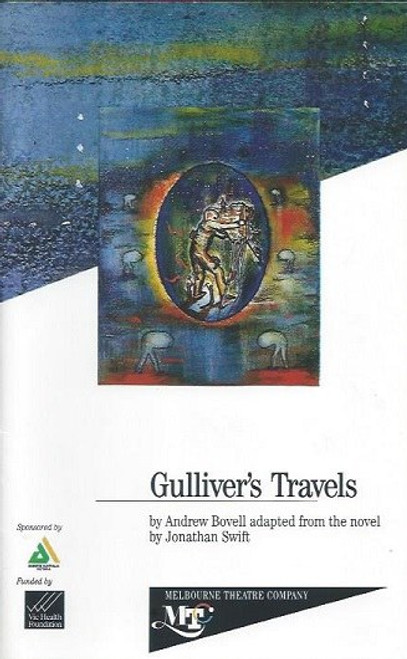 by Andrew Bovell - Adapted from novel by Jonathan Swift

In 1989 Bovell became writer-in-residence for the Melbourne Theatre Company. the company staged his adaptation of Gulliver's Travels in association with Handspan Theatre. "Jonathan Swift's epic 18th century novel adapted for the stage in a joint venture by the Melbourne theatre Company and Handspan theatre. Actors, musicians, and puppeteers have come up with a totally innocent version of the story." in 1992.

Andrew Bovell (Born: 23 Nov 1962 Kalgoorlie, Western Australia) is the winner of numerous awards during his career, Andrew Bovell has utilised a variety of styles and contexts, as well as performance venues, since he began writing professionally in the late 1980s. His works are also largely concerned with social and political issues. He has also written extensively for film, radio and television, and worked as a critic. After completing his secondary schooling at Scotch College, Perth, Bovell graduated with a BA from the University of Western Australia and then completed a Diploma in Dramatic Arts at the Victorian College of the Arts. Bovell was the recipient of a Literature Board Fellowship in 1985, and two years later began his long association with the Melbourne Workers Theatre as writer-in-residence.