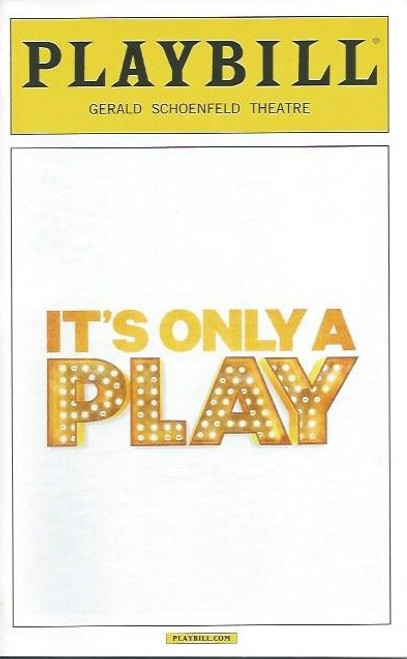 It’s Only a Play (Play) by Terrence McNally

The play began its Broadway premiere at the Gerald Schoenfeld Theatre on August 28, 2014 (in previews) and officially on October 9, 2014. It was originally scheduled for a limited 18-week engagement, through January 4, 2015. Jack O’Brien directs, with a cast that stars Nathan Lane as James Wicker and Matthew Broderick as Peter Austin. Also featured in the cast are Megan Mullally as Julia Budder, Stockard Channing as Virginia Noyes, F. Murray Abraham as Ira Drew, Rupert Grint as Frank Finger, and Micah Stock as Gus. The play went on to recoup and became one of the biggest hits of the season. In November 2014, it was announced that the play would extend its run, through January 18, 2015 at the Schoenfeld, and will then transfer to the Bernard B. Jacobs Theatre in a run from January 23, 2015 to March 29, 2015. Martin Short replaced Lane in the role of “James Wicker” as of January 7, 2015. Additionally, Katie Finneran and Maulik Pancholy replaced Mullally and Grint.