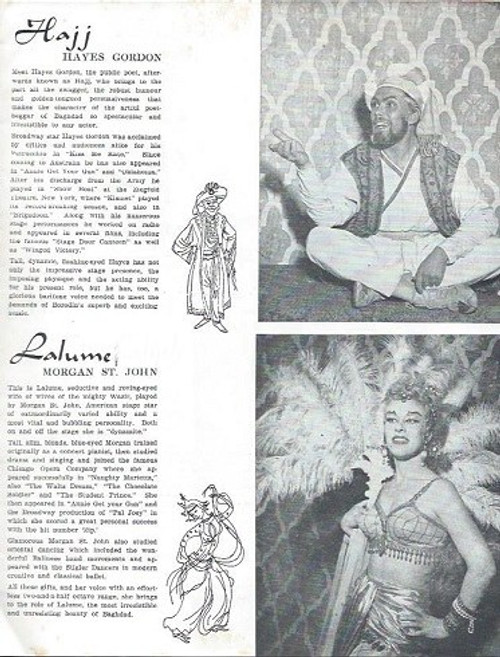 Kismet is a musical with lyrics and musical adaptation (as well as some original music) by Robert Wright and George Forrest, adapted from the music of Alexander Borodin, and a book by Charles Lederer and Luther Davis, based on Kismet, the 1911 play by Edward Knoblock. The story concerns a wily poet who talks his way out of trouble several times; meanwhile, his beautiful daughter meets and falls in love with the young Caliph.

The musical was first produced on Broadway in 1953 and won the Tony Award for best musical in 1954. It was also successful in London’s West End and has been given several revivals. A 1955 film version was released by MGM.

Condition: Used Good 8/10 Ticket Stapled on 1st Page also some rust from staples this page only