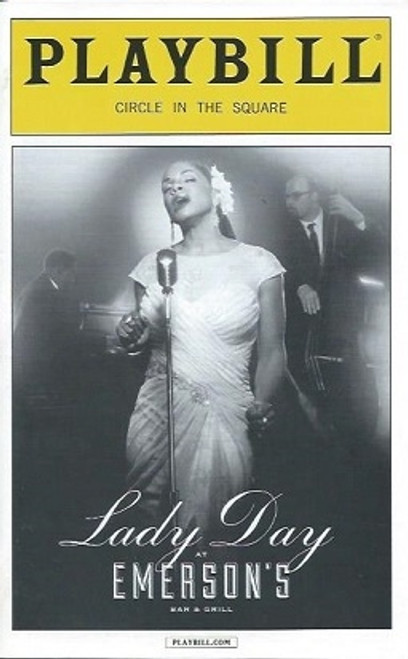 Lady Day at Emerson's Bar and Grill is a play with music by Lanie Robertson, recounting some events in the life of Billie Holiday. The play originally premiered in 1986 at the Alliance Theatre in Atlanta, Georgia, and soon played Off-Broadway. The play opened on Broadway in 2014.The play opened on Broadway at Circle in the Square on April 13, 2014. Directed by Lonny Price, the production starred Audra McDonald as Billie Holiday and featured Shelton Becton as pianist Jimmy Powers. The sets are by James Noone, costumes by Esosa, lighting by Robert Wierzel and sound by Steve Canyon Kennedy. The play was originally scheduled for a limited 10-week engagement, but was extended several times until it finally closed on October 5, 2014. Audra McDonald won her record-breaking sixth Tony Award for the production, and she became the only person to win in all four acting categories, this time winning for Best Actress in a Play. The play also won for Best Sound Design of a Play.