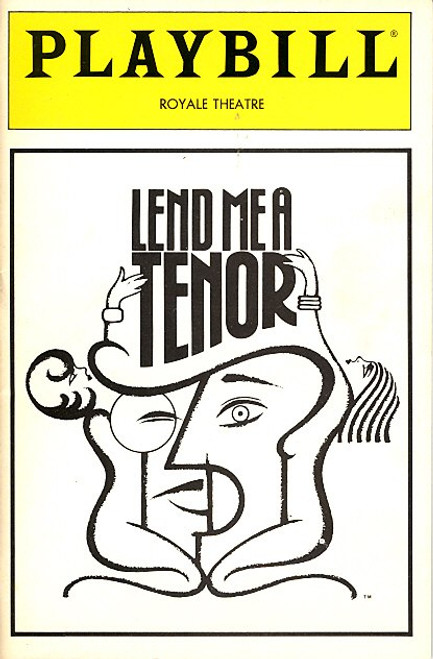 Lend Me A Tenor is a musical with music by Brad Carroll and book and Lyrics by Peter Sham. The musical is based on the 1986 play of the same name by Ken Ludwig. Lend Me A Tenor was presented in May 2006 as a staged reading as part of the Utah Shakespearean Festival's New American Playwright Project, in Cedar City, Utah, followed by rewrites and a production as part of USF's Summer 2007 repertory season, which received rave reviews. The show had an out of town tryout at the Theatre Royal, Plymouth running from 24 September to 6 October 2010, directed by Ian Talbot. The show began previews in London's West End at the Gielgud Theatre, the same venue where the original play premièred in 1986 on 2 June 2011 before officially opening on 15 June 2011. The show closed on 6th August 2011, with producers Martin Platt and David Elliott stating that "despite mostly wonderful notices from the press, great feedback from our audiences and nightly standing ovations, this has not translated into growing sales and we feel it is in everyone's best interests to close the production on August 6th."