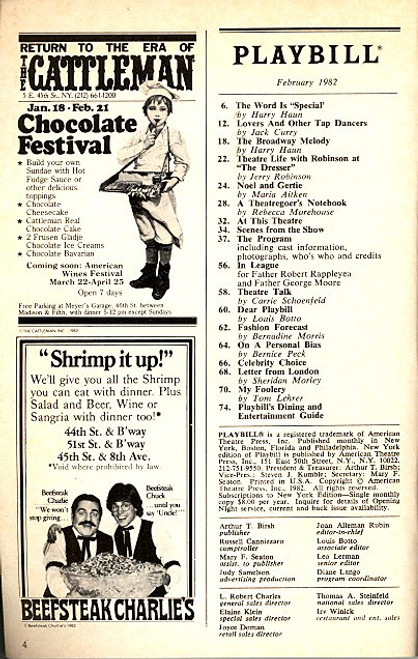 Little Johnny Jones is a musical by George M. Cohan. The show introduced Cohan's tunes "Give My Regards to Broadway" and "The Yankee Doodle Boy." The "Yankee Doodle" character was inspired by real-life Hall of Fame jockey Tod Sloan.  Little Johnny Jones was adapted twice for the motion pictures, first as a silent film released in 1924 by Warner Bros. First National followed this in 1929 with an early talkie musical version directed by Mervyn LeRoy, who played a bit part in the 1924 film. Eddie Buzzell, who co-wrote the screenplay with Adelaide Heilbron, played the title role. Only two of Cohan's original songs survived the transition to the screen ("Give My Regards To Broadway" and "Yankee Doodle Boy"). The five other tunes in the film's score were contributed by various other songwriters, mainly Herb Magidson and Michael H. Cleary. David Cassidy starred in a touring revival in 1981. After previewing at Connecticut's Goodspeed Opera House and touring, a 1982 revival, adapted by Alfred Uhry, closed at the Alvin Theatre after only one performance. It starred Donny Osmond in the lead.  An adaptation of the show was produced by the Light Opera of Manhattan in the late 1980s, called Give My Regards to Broadway and was successful for that company.