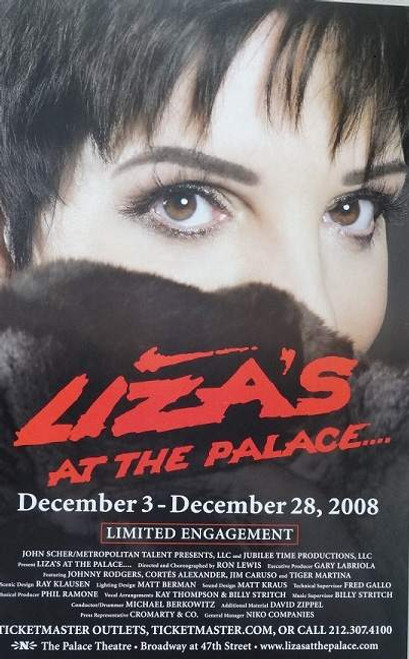 Liza’s at The Palace

Liza’s at The Palace…! was a concert presented by Liza Minnelli at the Palace Theatre on Broadway from December 3, 2008 through January 4, 2009.

The first act included a revised version of a vaudeville tribute her mother once performed at the Palace. The second act included a “re-creation of  Kay Thompson’s celebrated nightclub act with the four Williams brothers”.