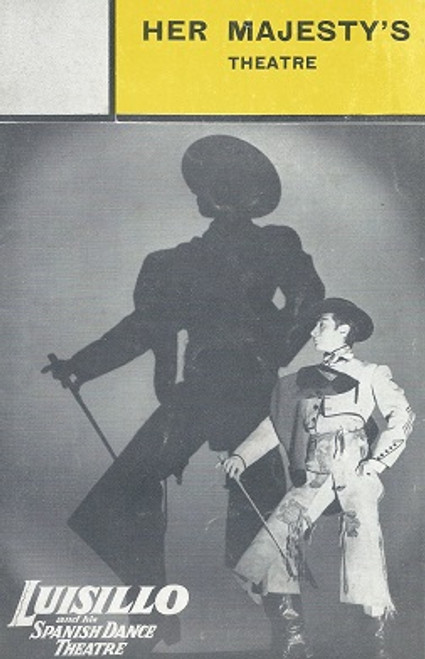 Luisillo a Spanish dance theatre brought the pure Spanish songs and dances in all their magnitude, colour and brilliance, without loss of originality, but with the spectacle that the theatre requires and needs.Luisillo has travelled a variety of countries with his dance troupe and included eight times to australia.

Luis Pérez Dávila was born in Mexico in 1927. He studied in his home town and made his debut with the company of Carmen Amaya in New York in 1947, and his Spanish debut the following year in 1948. With Teresa Viera Romero he founded the company called 'Los Ballets Españoles de Teresa y Luisillo' ('Teresa and Luisillo's Spanish Ballet) with which he toured Europe and the United States. After the departure of Teresa Viera the group became known as the Spanish Dance Company. His own creations were first performed with the Spanish Dance Company and the Teatro de la Zarzuela theatre in Madrid. He presented the choreography entitled 'El Convite' (1965) at the Vatican, a work which had been created to mark the world gathering of gypsies. In 1976 he abandoned the stage to take up the design and management of choreography. He produced a new version of 'Don Quixote' (1981) for the Spanish National Ballet. In 1984 he founded the Spanish Dance Theatre for which he created numerous works. He died in Madrid in 2007.