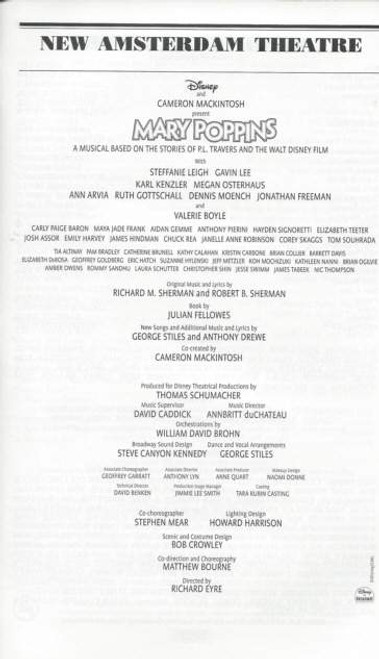 This Playbill / Program is from Sept 2012