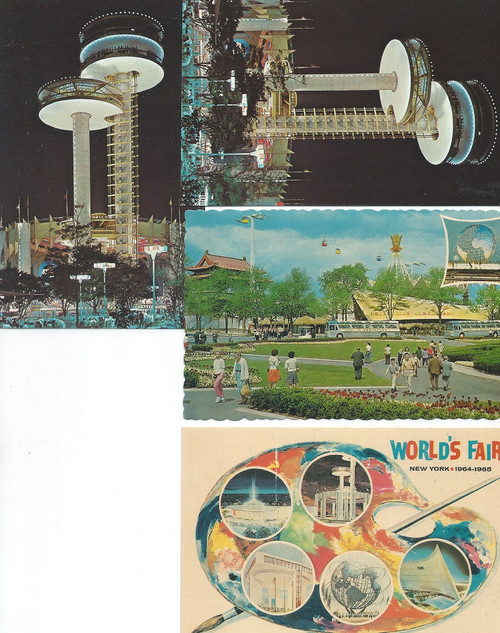 The 1964/1965 New York World's Fair held over 140 pavilions, 110 restaurants, for 80 nations (hosted by 37), 24 US states, and over 45 corporations to build exhibits or attractions at Flushing Meadows Park in Queens, NY. The immense fair covered 646 acres (261 ha) on half the park, with numerous pools or fountains, and an amusement park with rides near the lake. However, the fair did not receive official sanctioning from the Bureau of International Expositions (BIE). Hailing itself as a "universal and international" exposition, the fair's theme was "Peace Through Understanding", dedicated to "Man's Achievement on a Shrinking Globe in an Expanding Universe". American companies dominated the exposition as exhibitors. The theme was symbolized by a 12-story-high, stainless-steel model of the earth called the Unisphere, built on the foundation of the Perisphere from the 1939 NYC fair.[4] The fair ran for two six-month seasons, April 22 – October 18, 1964, and April 21 – October 17, 1965. Admission price for adults (13 and older) was $2 in 1964 (equivalent to $15.78 in 2017) but $2.50 (equivalent to $19.41 in 2017) in 1965, and $1 for children (2–12) both years (equivalent to $7.89 in 2017)