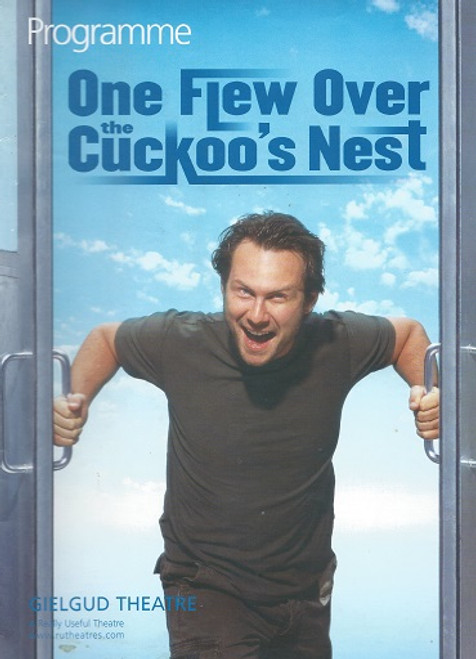 One Flew Over the Cuckoo's Nest - London Gielgud Theatre 2005

by Dalle Wasserman Based on Novel by Ken Kesey

Dale Wasserman's stage adaptation, with music by Teiji Ito, made its Broadway preview on November 12, 1963, its premiere on November 13, and ran until January 25, 1964 for a total of one preview and 82 performances. Since then, the play has had two revivals: first off-Broadway in 1971, directed by Lee Sankowich with Danny DeVito as Martini, then as a Broadway production in 2001 with Gary Sinise as McMurphy. The film version One Flew Over the Cuckoo's Nest was released in 1975 and was based on the novel, not on the play. In 2004, Guy Masterson and Nica Burns mounted a production at the Edinburgh Fringe Festival with Christian Slater, Mackenzie Crook and Frances Barber and a cast of comedians including Owen O'Neill. Masterson famously resigned as director & co-producer just prior to opening citing "ill health" and the production was finally delivered by Terry Johnson and Tamara Harvey. The show was a huge box office hit and transferred to London's Gielgud Theatre where it ran for over 20 weeks.