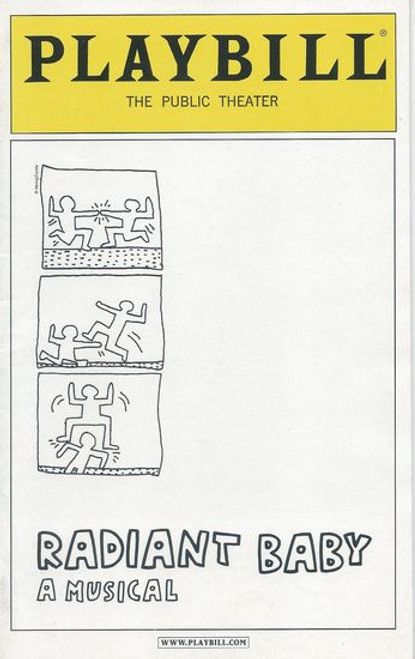 Radiant Baby is a musical about Keith Haring, who was an artist and social activist in New York City. The music was composed by Debra Barsha, with lyrics by Ira Gasman, Stuart Ross, and Debra Barsha. It was suggested by Keith Haring: the unauthorised biography by John Gruen.
Radiant Baby was partially developed at the 1998 O'Neil Music Theater Conference in Waterford, Connecticut. It had its New York premier at The Public Theater in a 2003 production directed by George C. Wolfe with Daniel Reichard in the title role. Billy Porter also appeared in the New York production