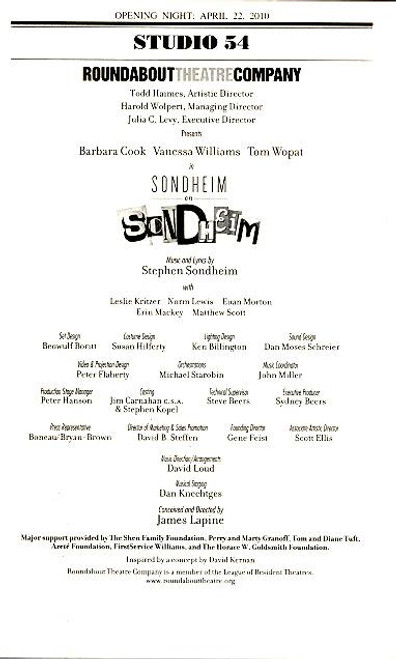 Sondheim on Sondheim is a musical revue consisting of music and lyrics written by Stephen Sondheim for his many shows. It is conceived and directed by James Lapine. The revue had a limited run on Broadway in 2010.(Apr 2010)

The revue is based on a show titled Moving On devised by David Kernan, and produced in 2000 (Kernan also conceived Side By Side By Sondheim). Moving On ran at The Bridwell Theatre, London, for 32 performances from July 19 to August 19, 2000. The show featured some narration recorded by Sondheim; a CD of the show was released but did not include the Sondheim narrations. Under a new title, Opening Doors, the show had several performances in New York at Carnegie Hall's Zankel Hall in September and October 2004.