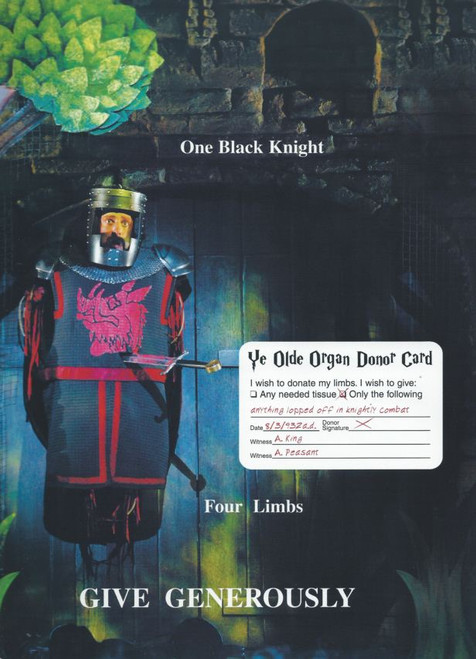 Monty Python’s Spamalot is a musical comedy “lovingly ripped off from” the 1975 film Monty Python and the Holy Grail. Like the film, it is a highly irreverent parody of the Arthurian Legend, but it differs from the film in many ways, especially in its parodies of Broadway theatre. Eric Idle, a member of the Monty Python team, wrote the musical’s book and lyrics and collaborated with John Du Prez on most of the music.

Hormel produced promotional collector’s editions of Spam, initially in conjunction with the play’s Broadway premiere.The musical previewed on Broadway, at New York’s Shubert Theatre, beginning February 14, 2005, and, after some changes, officially opened on March 17, 2005. Mike Nichols directed, and Casey Nicholaw choreographed. The Broadway previews were practically sold out, leaving only obstructed view tickets for sale. The production won the Tony Award for Best Musical and was nominated for 14 Tony Awards. The show played its final performance on January 11, 2009 after 35 previews and 1,574 performances;it was seen by more than two million people and grossed over $175 million, recouping its initial production costs in under six months.