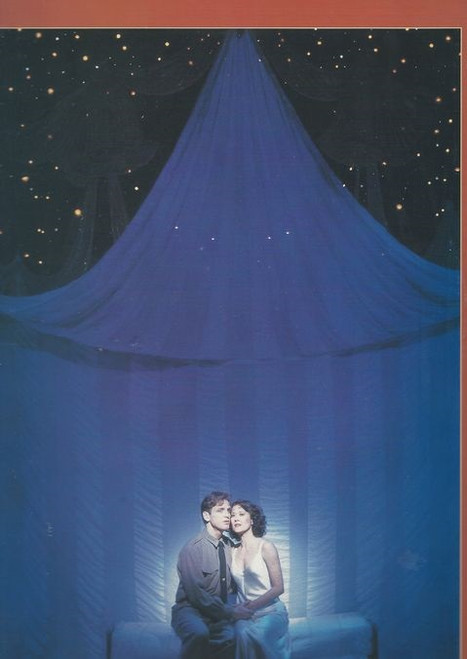 Set in the Depression-era world of marathon dancing, Steel Pier brought together an assortment of characters desperate to dance their way to fame and prizes. Directed by Scott Ellis with choreography by Susan Stroman, it opened on Broadway on April 24, 1997 and closed on June 28, 1997, running for 76 performances (and 33 previews). It starred Karen Ziemba as Rita Racine, Daniel McDonald as Bill Kelly, Gregory Harrison as Mick Hamilton, Debra Monk as Shelby Stevens, and Kristin Chenoweth as Precious, making her Broadway debut. The show opened to mixed reviews, most praising the performances and score but calling the book a mess. It was considered Kander and Ebb's year so it was generally believed it would win Best Musical, Score and Book but lost all to Titanic. The musical ran at the Bridewell Theatre, London, in February 2011.