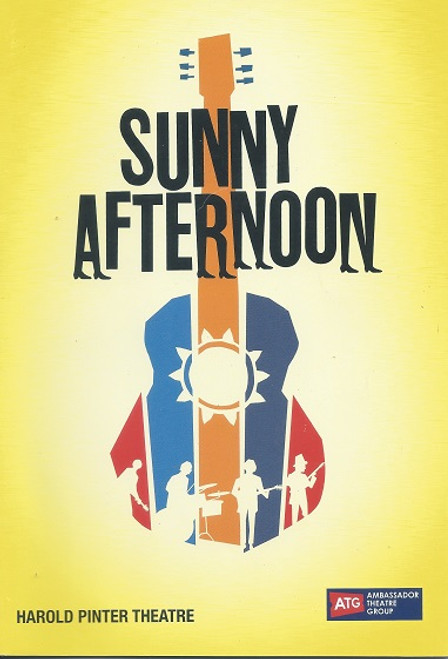 Sunny Afternoon is a musical with music and lyrics by Ray Davies and a book by Joe Penhall. Based on the formation and career of the English rock band The Kinks, the musical made its world premiere in 2014, at the Hampstead Theatre, London, before transferring to the West End's Harold Pinter Theatre. Featuring songs by The Kinks, Sunny Afternoon includes their hits such as "Lola", "Waterloo Sunset", "You Really Got Me" and the musical's title song, "Sunny Afternoon". On 13 December 2013, it was officially confirmed that a musical based around the early life of Ray Davies and the formation of the band The Kinks  would receive its world premiere at the Hampstead Theatre in spring 2014. The musical was named after the band's 1966 hit single "Sunny Afternoon," and features songs from the band's back catalogue.  The musical has a book by Joe Penhall  and is directed by Edward Hall, with choreography by Adam Cooper, set and costume design by Miriam Buether, lighting design by Rick Fisher, sound design by Matt McKenzie and musical direction by Elliott Ware.