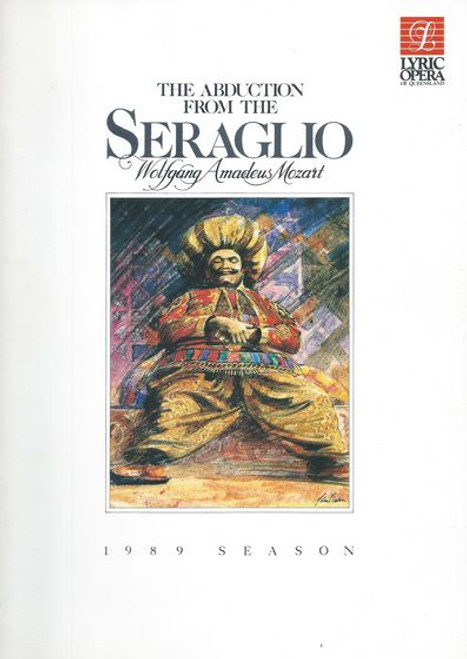 The German libretto is by Gottlieb Stephanie, based on Christoph Friedrich Bretzner's Belmont und Constanze, oder Die Entführung aus dem Serail. The plot concerns the attempt of the hero Belmonte, assisted by his servant Pedrillo, to rescue his beloved Konstanze from the seraglio of Pasha Selim. The work premiered on 16 July 1782 at the Vienna Burgtheater, with the composer conducting.

Die Entführung aus dem Serail is in the genre of "Singspiel", thus the music lacks recitatives and consists entirely of set numbers. As Spike Hughes notes, the action is mostly carried forward by the spoken dialogue, so the libretto gave Mozart little opportunity to display an achievement for which his later operas are celebrated, namely the construction of scenes in which the plot is both reflected in and driven forward by the music.

Die Entführung is lighthearted and frequently comic, with little of the deep character exploration or darker feelings found in Mozart's later operas. The opera was inspired by a contemporary interest in the exotic culture of the Ottoman Empire, a nation which had only recently ceased to be a military threat to Austria. Mozart's opera includes a Westernized version of Turkish music, based very loosely on the Turkish Janissary band music.

Certain aspects of the opera conform to an eighteenth-century European view of orientalism. The Pasha's titular harem, for example, reprised themes of sexual libertinage. And the comically sinister overseer, Osmin, is a send-up of earlier stereotypes of Turkish despotism. However, the opera also defies the stereotype of despotic Turkish culture, since its climax entails a selfless act of forgiveness on the part of the Pasha.

The Abduction from the Seraglio - 1