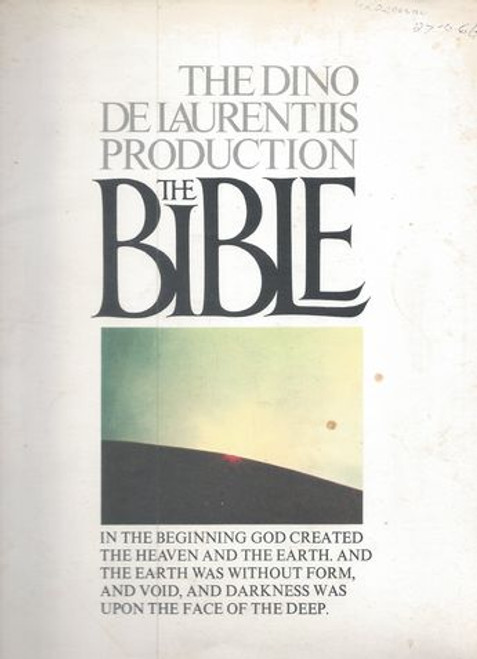 The Bible: In the Beginning... is a 1966 American-Italian religious epic film produced by Dino De Laurentiis and directed by John Huston. It recounts the first 22 chapters of the Biblical Book of Genesis, covering the stories from The Creation and Adam and Eve to the binding of Isaac. Released by 20th Century Fox, the film was photographed by Giuseppe Rotunno, and Ernst Haas shot the opening creation sequence, in Dimension 150 (color by DeLuxe Color), a variant of the 70mm Todd-AO format. It stars Michael Parks as Adam, Ulla Bergryd as Eve, Richard Harris as Cain, John Huston as Noah, Stephen Boyd as Nimrod, George C. Scott as Abraham, Ava Gardner as Sarah, and Peter O'Toole as the Three Angels.

Condition: Used Fair/Good has some marks on the white cover and date and name is written on top corner of cover