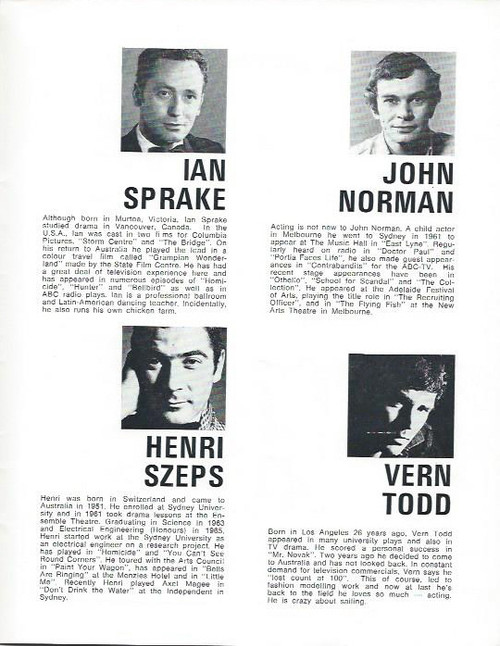 The Boys in the Band  is a play by Mart Crowley. The off-Broadway production, directed by Robert Moore, opened on April 14, 1968 at Theater Four, where it ran for 1,001 performances, an extremely healthy run for both an off-Broadway production, and one not geared to a mainstream audience’, The boys’ was also staged in London with broadway cast minus one Cliff Gorman and also had a successful run in Australia with local cast. The cast included Kenneth Nelson as Michael, Peter White as Alan, Leonard Frey as Harold, Cliff Gorman as Emory, Frederick Combs as Donald, Laurence Luckinbill as Hank, Keith Prentice as Larry, Robert La Tourneaux as Cowboy, and Reuben Greene as Bernard.

Size 185 x 245 mm pages 18
Lots of info for the Show and Cast and Great old Ads
Condition:Used Good (Some wear on cover) 8/10
Each Orders will incur a $5.00 handling fee (Shown as Tax) per Order (including free shipping)