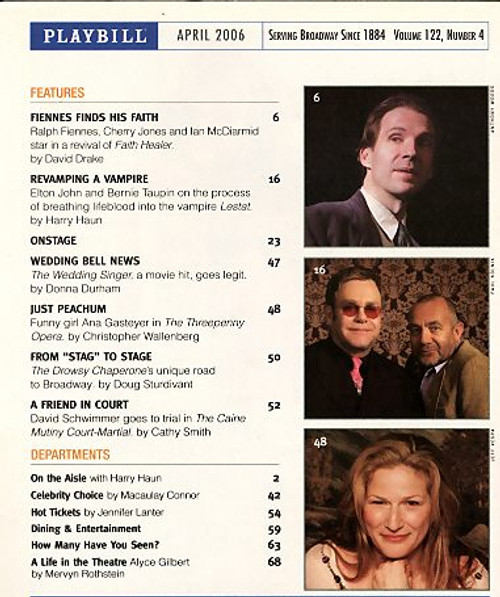 Wouk's novel covered a long stretch of time aboard the USS Caine, a Navy minesweeper in the Pacific. It begins with Willis Keith's assignment to the Caine, chronicles the mismanagement of the ship under Philip Francis Queeg, explains how Steve Maryk relieved Queeg of command, gives an account of Maryk's court-martial, and describes the aftermath of the mutiny for all involved.

The play covers only the court-martial itself. Like jurors at a trial, the audience knows only what various witnesses tell it of the events on the Caine. The Caine Mutiny Court-Martial (Apr 2006) David Schwimmer, Zeljko Ivanek, Tim Daly, Terry Beaver, Murphy Guyer - Gerald Schoenfeld Theatre.