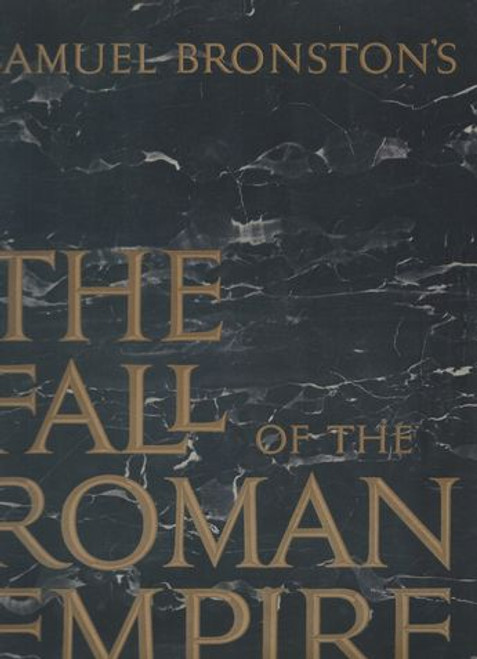 Intent on securing peace and prosperity throughout the mighty Roman Empire, the wise diplomat, Emperor Marcus Aurelius, calls together the local governors from all over the Empire, after conquering the Germanic tribes. With this in mind, Marcus has decided to turn over his crown and the much-coveted imperial throne to General Livius, instead of choosing his corrupt son and logical successor, Commodus. As a result, high treason and blind ambition lead to the death of Aurelius by poisoning, paving the way for a new era of oppression, endless machinations, and rapid decline. Now, as darkness prevails on the outskirts of the Empire where the Roman legions struggle to subdue the invading hordes, delusional Commodus declares himself a god, and no one is safe; not even Aurelius' daughter, Lucilla. Can anyone stop the fall of the Roman Empire.

Condition: Used Good Spine does have some small cracks