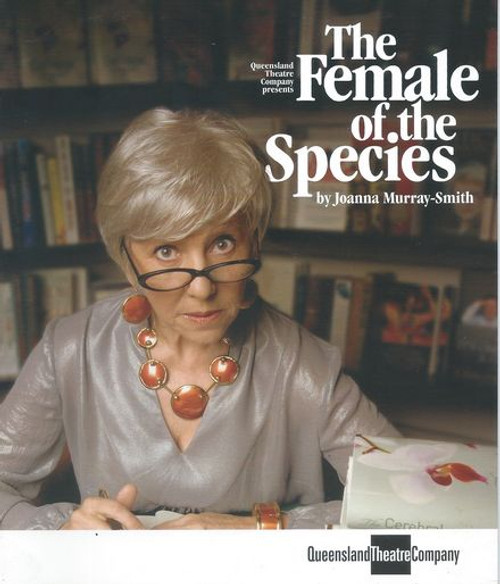 The Female of the Species - Queensland Theatre Company 2008

The Female of the Species is a comic play by Joanna Murray-Smith first performed in 2006. The play is a satire about celebrity feminists, with a plot loosely inspired by a real-life incident in 2000, when author Germaine Greer was held at gunpoint in her own home by a disturbed student.

The play was premiered in Australia, where it had several productions in 2006 and 2008. A London production opened in the West End in 2008.Margot Mason is a feminist writer suffering from writer's block; she can not meet the deadlines for her next book. Molly Rivers, a deranged former student of Margot's, arrives unexpectedly at her country home with a gun and handcuffs Mason to her desk. Molly blames Margot for warping her mother's mind with her hit book The Cerebral Vagina. Following Margot's advice, Molly's mother gave Molly away as a baby so that she wouldn't be enslaved by motherhood and then killed herself. Molly has had herself sterilized to preserve her creativity, only to be told by Margot that she has no talent.