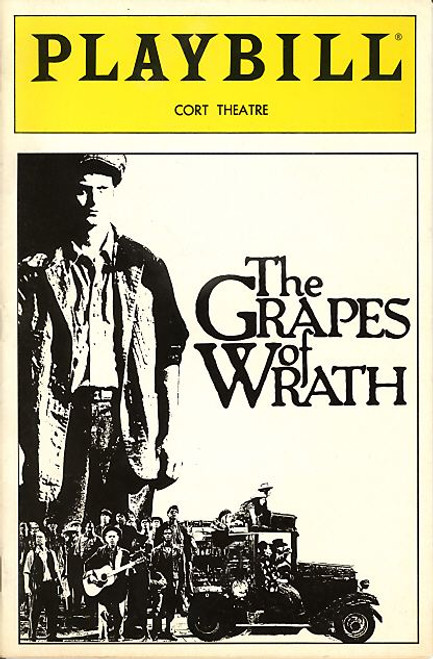 The Grapes of Wrath is a 1988 play adapted by Frank Galati from the classic John Steinbeck novel of the same name, with incidental music by Michael Smith. The play debuted at the Steppenwolf Theatre in Chicago, followed by a May 1989 production at the La Jolla Playhouse in San Diego and a June 1989 production at the Royal National Theatre in London. After eleven previews, the Broadway production, directed by Galati, opened on March 22, 1990 at the Cort Theatre, where it ran for 188 performances. The cast included Gary Sinise, Kathryn Erbe, Terry Kinney, Jeff Perry, Lois Smith, Francis Guinan, and Stephen Bogardus.