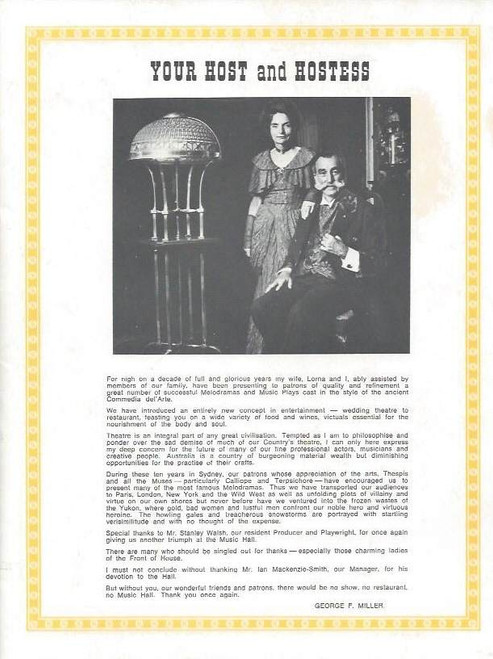 Exposed to Danger or Little Nell in the Klondyke

Size 215 x 275 mm Photographs of the Cast and information on the Restaurant - a great addition to any show collection.
Condition: Used Fair to Good 8/10
(Please Note scans are low res for fast loading)