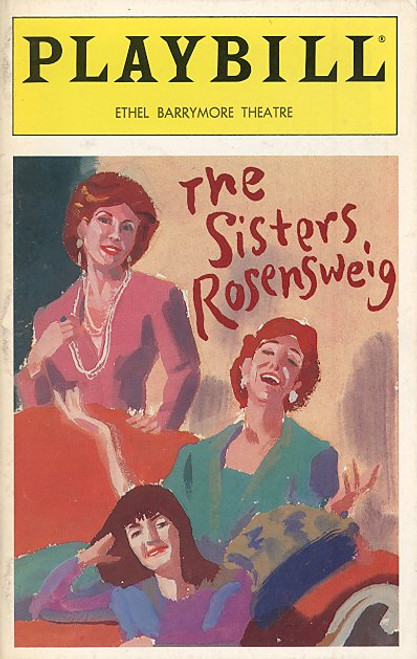 The Sisters Rosensweig is a play by Wendy Wasserstein. The play focuses on three Jewish- American sisters and their lives. It "broke theatrical ground by concentrating on a non-traditional cast of three middle-aged women."  Wasserstein received the William Inge Award for Distinguished Achievement in American Theatre for this play. It premiered off-Broadway in a Lincoln Center Theater production at the Mitzi Newhouse Theater on October 22, 1992 and closed on February 28, 1993 after 149 performances. Directed by Daniel J. Sullivan, the cast included Jane Alexander and Madeline Kahn.