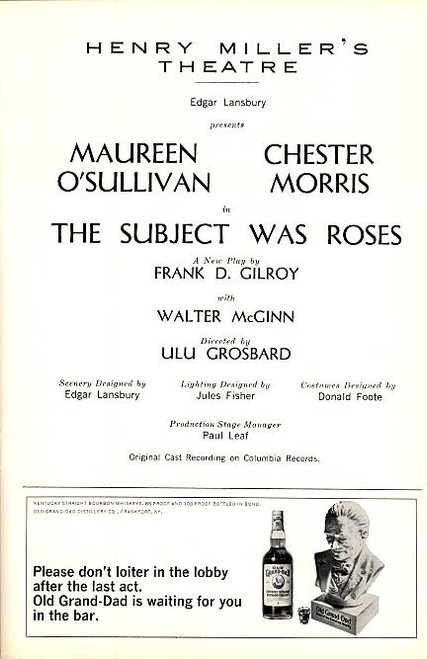 The Subject Was Roses is a Pulitzer Prize-winning 1964 play written by Frank D. Gilroy, who also adapted the work in 1968 for film with the same title.The play premiered on Broadway at the Royale Theatre on 25 May 1964, starring Jack Albertson, Irene Dailey and Martin Sheen, and directed by Ulu Grosbard. A major critical and commercial success, the play ran 882 performances and was nominated for five Tony Awards, winning two for Best Play and Best Featured Actor (Albertson). For his work in the play, Gilroy won the year's Pulitzer Prize for Drama. Columbia Records recorded the complete play in a recording studio with the original cast members and released it as a double-LP set