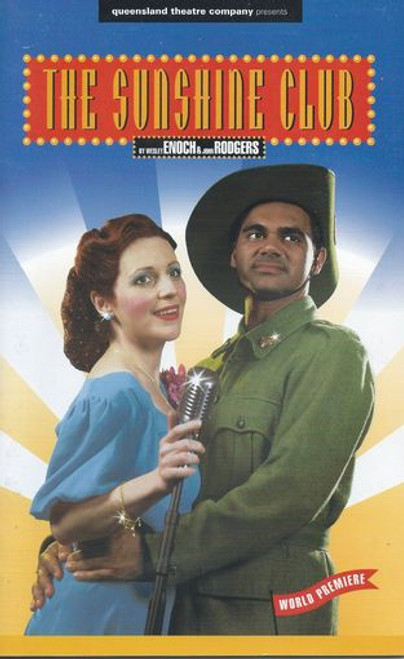 The Sunshine Club is an Australian musical with book and lyrics by Wesley Enoch and music by John Rodgers.Set in Brisbane, the story concerns Frank Doyle, an Aboriginal serviceman who has come home from World War II to find that although the wider world may have changed, attitudes back home are just the same. Filled with a defiant energy and ambition for a better life, Frank starts The Sunshine Club, a place where black and white can meet and, most importantly, dance. Here he dreams of a future where he can dance in step with Rose, the girl next door, the girl of his dreams.
The Sunshine Club was commissioned by the Queensland Theatre Company and the work had a three-year development period. Nick Enright was script consultant.

The original Queensland Theatre Company production opened at the Queensland Performing Arts Centre Playhouse in Brisbane on 26 November 1999, after a short season at Cairns' Civic Theatre. Also directed by Enoch, the production was choreographed by Bangarra Dance Theatre artistic director Stephen Page and had musical direction by Wayne Freer. Richard Roberts was designer with lighting design by Matthew Scott.