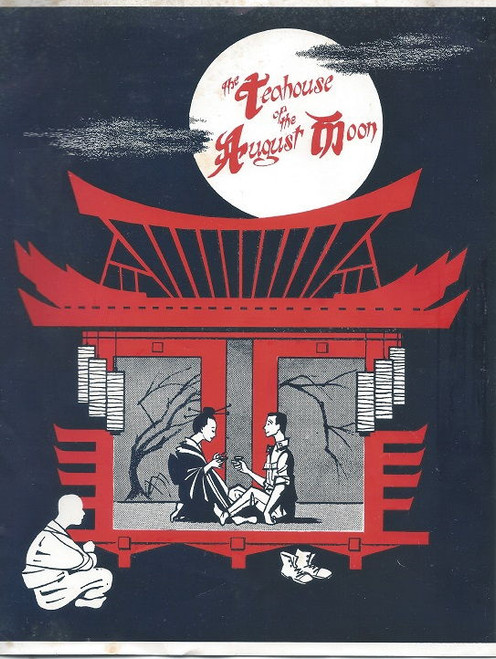 The Teahouse of the August Moon - Melbourne 1950's

The Teahouse of the August Moon is a 1953 play written by John Patrick adapted from the 1951 novel by Vern Sneider. The play was later adapted for film in 1956, and the 1970 Broadway musical, Lovely Ladies, Kind Gentlemen.
The play opened on Broadway in October 1953. It was a Broadway hit, running 1027 performances and winning many awards including: the New York Drama Critics Circle Award for Best American Play of the Year, the Pulitzer Prize in Drama and the Tony Award. The play, well regarded for several decades, came to seem old-fashioned with increased understanding and sensitivity of racial issues. The portrayals of the Okinawa characters in the play were seen as offensive and the generational humor began to lose its impact in the 1970s.

A Moon for the Misbegotten

The Phantom of the Opera - 3