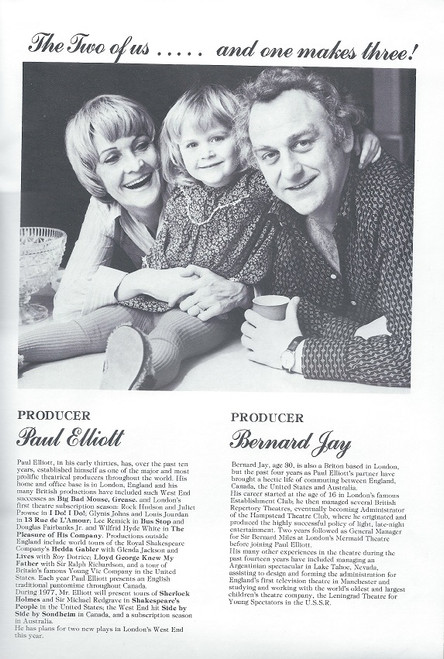 The Two of Us (Play) Souvenir Brochure

The Two of Us is a 1970 play by British playwright Michael Frayn. It consists of four one-act plays for two actors and is Frayn’s first published play. It was first performed at the Garrick Theatre by Richard Briers and Lynn Redgrave.

The four plays that make up The Two of Us are: