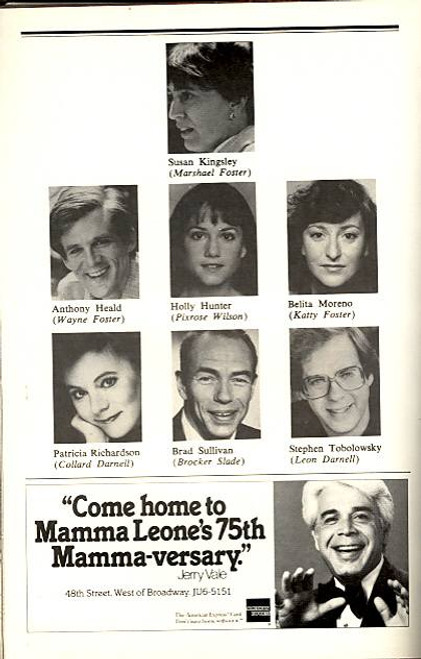 The Wake of Jamey Foster (Play)

The scene is a small town in Mississippi, where the family of Jamey Foster, a failed poet and would-be historian, who was kicked in the head by a cow while consorting with his mistress in a pasture, have gathered for his wake. The mourners, who include Jamey's estranged wife; her sister and brother and the brother's fey girlfriend; Jamey's upwardly mobile brother and his oppressively doting wife; and an eccentric family friend who raises pigs; all seem to agree on one point: None of them really liked the deceased very much. But on most other matters they are far apart, and as old enmities flare up, the play explodes with bizarre humor and zany revelations. In the end, a tenuous truce is reached as those assembled prepare to depart for the final rites—but it is abundantly clear that the lives on which Jamey had a baleful effect in his lifetime may well be changed for the better by his untimely demise.