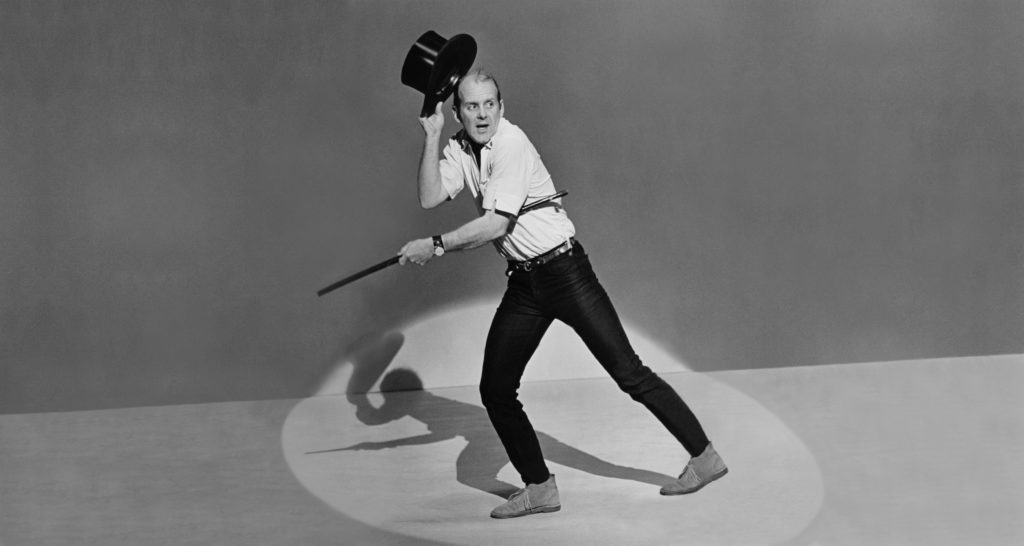 Robert Louis "Bob" Fosse (June 23, 1927 – September 23, 1987) was an American actor, dancer, musical theater choreographer, director, screenwriter, film editor and film director. He won an unprecedented eight Tony Awards for choreography, as well as one for direction. He was nominated for an Academy Award four times, winning for his direction of Cabaret (beating Francis Ford Coppola for The Godfather). He was closely identified with his third wife, Broadway dancing star Gwen Verdon. She was both the dancer/collaborator/muse upon whom he choreographed much of his work and, together with dancer/choreographer Ann Reinking, a significant guardian of the Fosse legacy after his death.

Fosse was born in Chicago, Illinois, to a Norwegian father and Irish mother, the second youngest of six children.[2] He teamed up with Charles Grass, another young dancer, and began a collaboration under the name The Riff Brothers. They toured theatres throughout the Chicago area. Eventually Fosse was hired for Tough Situation, which toured military and naval bases in the Pacific.

Fosse moved to New York with the ambition of being the next Fred Astaire. His appearance with his first wife and dance partner Mary Ann Niles (1923–1987) in Call Me Mister brought him to the attention of Dean Martin and Jerry Lewis. Fosse and Niles were regular performers on Your Hit Parade during its 1950-51 season, and during this season Martin and Lewis caught their act in New York's Pierre Hotel and scheduled them to appear on the Colgate Comedy Hour. His early screen appearances included Give A Girl A Break, The Affairs of Dobie Gillis and Kiss Me Kate, all released in 1953. A short sequence that he choreographed in the latter (and danced with Carol Haney) brought him to the attention of Broadway producers.[3]

Although Fosse's acting career in film was cut short by premature balding, which limited the roles he could take, he was reluctant to move from Hollywood to theatre. Nevertheless, he made the move, and in 1954, he choreographed his first musical, The Pajama Game, followed by George Abbott's Damn Yankees in 1955. It was while working on the latter show that he first met the red-headed rising star whom he would marry in 1960, Gwen Verdon.

Verdon won her first Tony Award for Best Actress for Damn Yankees (she had won previously for best supporting actress in Can-Can). (Fosse appears in the film version of Damn Yankees, which he also choreographed, in which Verdon reprises her stage triumph as "Lola"; they partner each other in the mambo number, "Who's Got the Pain".) In 1957 Fosse choreographed New Girl in Town, again directed by George Abbott, and Verdon won her second Leading Actress Tony. In 1960, Fosse was, for the first time, both director and choreographer of a musical called simply Redhead.[4] With Redhead, Verdon won her third Tony Award for Best Actress in a Musical, the show won the Tony for best musical and Fosse carried off the award for best choreography. Fosse would partner star Verdon as her director/choreographer again with Sweet Charity and again with Chicago. (Fosse would win the Tony for Best Direction of a Musical in 1973 with Pippin.) Fosse performed a memorable song and dance number in Stanley Donen's 1974 film version of The Little Prince, and in 1977, Fosse had a small role in the romantic comedy Thieves.

Fosse developed a jazz dance style that was immediately recognizable, exuding a stylized, cynical sexuality. Other notable distinctions of his style included the use of turned-in knees, sideways shuffling, and rolled shoulders.[5] With Astaire as an influence, he used props such as bowler hats, canes and chairs. His trademark use of hats was influenced by his own self-consciousness. According to Martin Gottfried in his biography of Fosse, "His baldness was the reason that he wore hats, and was doubtless why he put hats on his dancers."[6] He used gloves in his performances because he did not like his hands. Some of his most popular numbers include "Steam Heat" (The Pajama Game) and "Big Spender" (Sweet Charity). The "Rich Man's Frug" scene in Sweet Charity is another example of his signature style. Although he was replaced as the director/choreographer for the short-lived 1961 musical The Conquering Hero, he quickly took on the job of choreographer of the 1961 musical hit How to Succeed in Business Without Really Trying, which starred Robert Morse.[6][7] In 1986 he directed and choreographed the unsuccessful Broadway production of Big Deal, which he also wrote. 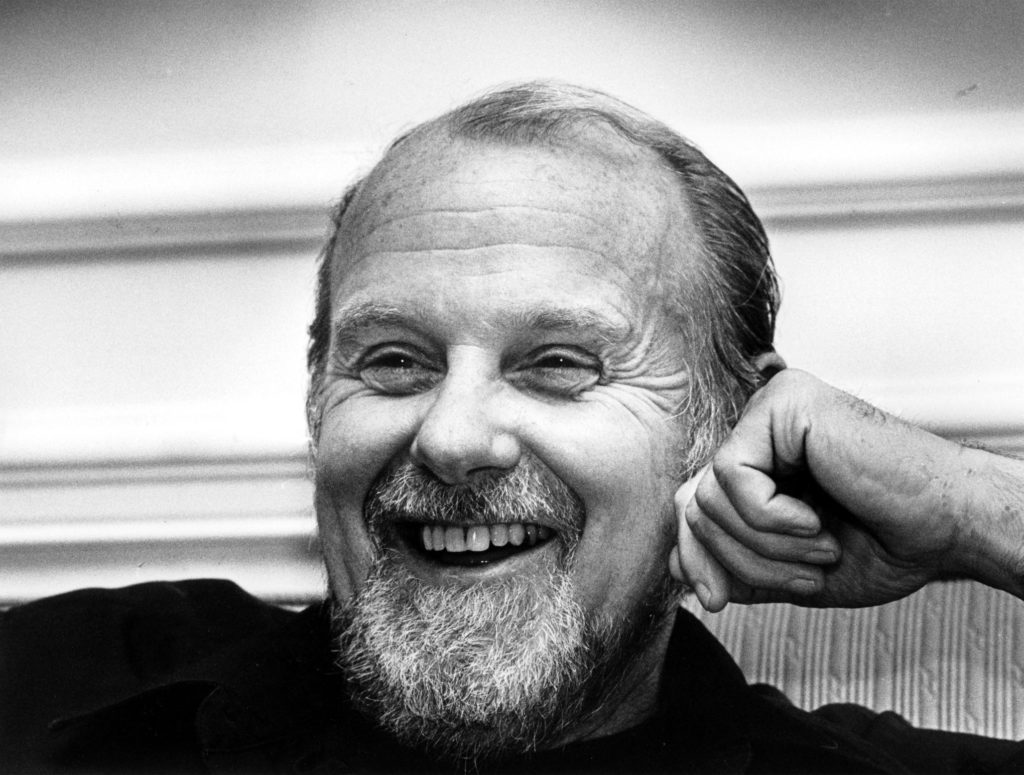 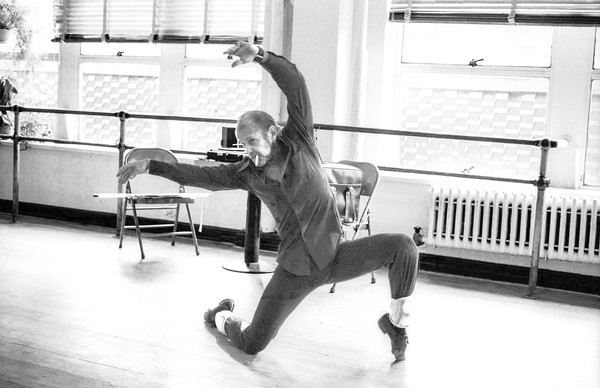 Fosse directed five feature films. His first, Sweet Charity in 1969, starring Shirley MacLaine, is an adaptation of the Broadway musical he had directed and choreographed. Fosse shot the film largely on location in Manhattan. His second film, Cabaret, won eight Academy Awards, including Best Director, for which he won over Francis Ford Coppola for The Godfather starring Marlon Brando. The film was shot on location in Berlin; Liza Minnelli and Joel Grey both won Oscars for their roles.

Fosse went on to direct Lenny in 1974, a biopic of comic Lenny Bruce starring Dustin Hoffman. The film was nominated for Best Picture and Best Director Oscars, among other awards. But just as Fosse picked up his Oscar for Cabaret, his Tony for Pippin, and an Emmy for directing Liza Minnelli's television concert, Liza with a Z, his health suffered and he underwent open-heart surgery.

In 1979, Fosse co-wrote and directed a semi-autobiographical film All That Jazz, which portrayed the life of a womanizing, drug-addicted choreographer-director in the midst of triumph and failure. All That Jazz won four Academy Awards and earned Fosse his third Oscar nomination for Best Director. It also won the Palme d'Or at the 1980 Cannes Film Festival. In the summer and fall of 1980, working with All That Jazz executive producer Daniel Melnick, Fosse commissioned documentary research for a follow-up feature having to do with the motivations that compel people to become performers, but he found the results uninspiring and abandoned the project.

In All That Jazz, Fosse not only toyed with the notion of his own death, but immortalized the two people who would perpetuate the Fosse legacy, Gwen Verdon and Ann Reinking. Reinking appears in the film as the protagonist's lover/protege/domestic-partner. She, like Verdon, would be responsible for keeping Fosse's trademark choreography alive after Fosse's death. Reinking played the role of Roxie Hart in the highly successful New York revival of Chicago, which opened in 1996. She choreographed the dances "in the style of Bob Fosse" for that revival, which is still running on Broadway as of January 2011. In 1999, Verdon served as artistic consultant on a plotless Broadway musical designed to showcase examples of classic Fosse choreography. Called simply Fosse, the three-act musical revue was conceived and directed by Richard Maltby, Jr. and Ann Reinking and choreographed by Reinking and Chet Walker. Verdon and Fosse's daughter, Nicole, received a "special thanks" credit. The show won a Tony for best musical.[8]

His final film, 1983's Star 80, was a controversial biopic about slain Playboy Playmate Dorothy Stratten. The film is based on the Pulitzer Prize-winning article on the same topic. The film was nominated for several awards, and was screened out of competition at the 34th Berlin International Film Festival.[9]

Fosse was an innovative choreographer and had multiple achievements in his life. For Damn Yankees, he took a great deal of inspiration from the "father of theatrical jazz dance", Jack Cole.[6] He also took influence from Jerome Robbins. New Girl in Town gave Fosse the inspiration to direct and choreograph his next piece because of the conflict of interest within the collaborators. During that piece, the first he'd directed as well as choreographed, Redhead, Fosse utilized one of the first ballet sequences in a show that contained five different styles of dance; Fosse's jazz, a cancan, a gypsy dance, a march, and an old-fashioned English music hall number. Fosse utilized the idea of subtext and gave his dancers something to think about during their numbers. He also began the trend of allowing lighting to influence his work and direct the audience's attention to certain things. During Pippin, Fosse made the first ever commercial for a Broadway show.[3]

In 1957, both Verdon and Fosse were studying with Sanford Meisner to develop a better acting technique for themselves. According to Michael Joosten, Fosse once said: "The time to sing is when your emotional level is too high to just speak anymore, and the time to dance is when your emotions are just too strong to only sing about how you feel."[10]

Fosse was first married in 1949 to dance partner Mary Ann Niles. The marriage lasted until 1951. Fosse's second marriage was to dancer Joan McCracken (December 1952-59).[11] His third wife was dancer/actress Gwen Verdon in 1960; they had one daughter, Nicole Providence Fosse, who is also a dancer. He separated from Verdon in the 1970s, but they remained legally married until his death. Verdon never remarried.[6][12][13] During rehearsals for The Conquering Hero in 1961, it became known that Fosse had epilepsy, when he suffered a seizure on the stage.[6]

On September 23, 1987, it was reported that Bob Fosse had collapsed in his room at the Willard Hotel in Washington, DC, and later died. It was subsequently learned that he actually died from a heart attack at George Washington University Hospital. He died as the revival of Sweet Charity was opening at the nearby National Theatre.[14] Fosse was cremated. In late September, his wife and daughter took his ashes to Quogue, New York, where Fosse had been openly living with his girlfriend of four years, and scattered his ashes in the Atlantic Ocean.[1]

His semi-autobiographical film, All That Jazz (1979), won the Palme d'Or at Cannes. It portrays a chain-smoking choreographer driven by his Type A personality. In 1999, the revue Fosse won a Tony Award for best musical, and in 2001 the show earned Fosse (together with Ann Reinking) a Laurence Olivier Award for Best Theatre Choreographer.

Bill Henry's 1990 documentary of Fosse's work (Dance In America: Bob Fosse Steam Heat), was produced for an episode of the PBS program Dance in America: Great Performances. The production won an Emmy Award that year. There was a resurgence of interest in Fosse's work following revivals of his stage shows, the Broadway show Fosse, and the film release of Chicago (2002). Rob Marshall's choreography for the film emulates the Fosse style but avoids using specific moves from the original. In 2007, Bob Fosse was inducted, posthumously, into the National Museum of Dance and Hall of Fame.[16]

Fosse was inducted into the National Museum of Dance in Saratoga Springs, New York on 27 April 2007. The Los Angeles Dance Awards, founded in 1994, were called the "Fosse Awards", and are now called the American Choreography Awards. A length of Paulina Street in Chicago at roughly 4400 North received the honorary designation of "Bob Fosse Way".