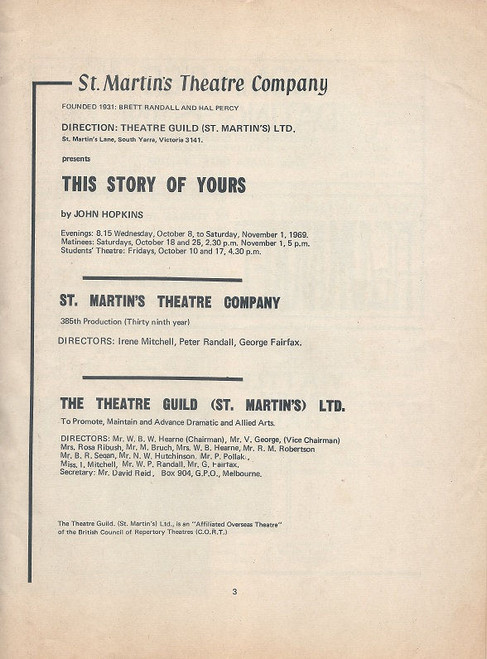 John Hopkins' original play, This Story of Yours, takes the form of three duologues between Johnson and, in Act One, Maureen, then Cartwright in Act Two and Baxter in Act Three. Directed by Christopher Morahan, it opened at London's Royal Court Theatre on 11 December 1968.