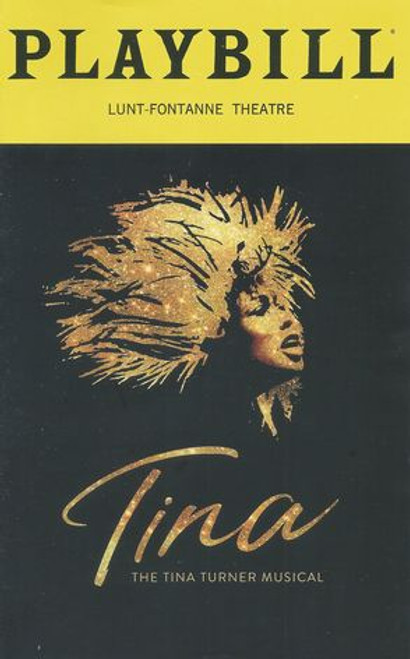 by Book Katori Hall with Frank Ketelaar and Kees Prins

Tina: The Tina Turner Musical is a jukebox musical featuring the music of Tina Turner and depicting her life from her humble beginnings in Nutbush, Tennessee, to her transformation into a rock 'n roll star. Directed by Phyllida Lloyd with a book by Katori Hall, Frank Ketelaar, and Kees Prins, the musical had its world premiere on 17 April 2018 at the Aldwych Theatre in London. The Broadway production opened on 7 November 2019.

Tina is the second jukebox musical based on Tina Turner's life and songs, after the 2012 British musical Soul Sister.On 16 December 2016 a workshop presentation was held with Tina Turner in attendance, announcing that a biographical musical about Tina's life had been in development by Stage Entertainment for over a year. The creative team of the musical consists of Katori Hall, with Frank Ketelaar and Kees Prins as writers of the book, Phyllida Lloyd as the director, Mark Thompson as set and costume designer, Anthony van Laast as choreographer and Nicholas Skilbeck as musical supervisor. Frank Ketelaar and Kees Prins wrote the early draft of the book, with Katori Hall taking over partway through development