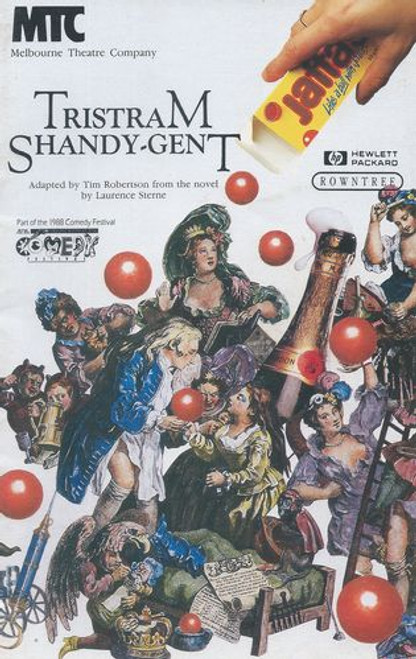 Adapted by Tim Robertson from Novel by Laurence Sterne

The Life and Opinions of Tristram Shandy, Gentleman, also known as just Tristram Shandy, is a novel by Laurence Sterne. It was published in nine volumes, the first two appearing in 1759, and seven others following over the next seven years (vols. 3 and 4, 1761; vols. 5 and 6, 1762; vols. 7 and 8, 1765; vol. 9, 1767). It purports to be a biography of the eponymous character. Its style is marked by digression, double entendre, and graphic devices.

Sterne had read widely, which is reflected in Tristram Shandy. Many of his similes, for instance, are reminiscent of the works of the metaphysical poets of the 17th century, and the novel as a whole, with its focus on the problems of language, has constant regard for John Locke's theories in An Essay Concerning Human Understanding. Arthur Schopenhauer called Tristram Shandy one of "the four immortal romances.

A Gentleman's Guide to Love and Murder - 4