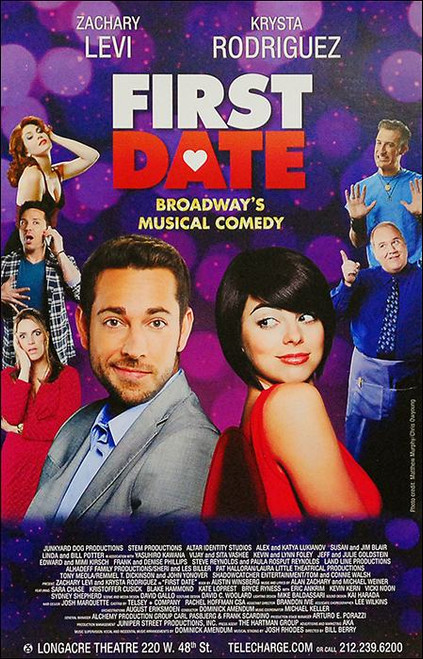 First Date the Musical is a musical with a book by Austin Winsberg and music and lyrics by Alan Zachary and Michael Weiner. Based around the concept of a Blind date, the musical made its world premiere during 2012 at Seattle's ACT Theatre in a 5th Avenue Theatre co-production and made its Broadway debut August 8, 2013 at the Longacre Theatre.