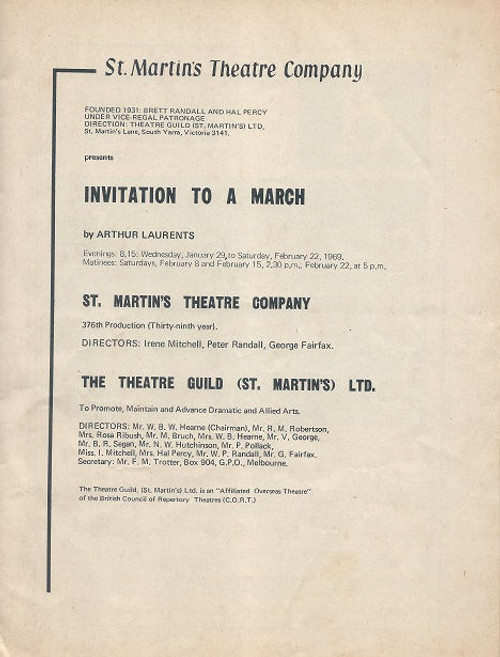 Invitation to a March by Arthur Laurents - 1969

After writing scripts for radio shows after college and then training films for the U.S. Army during World War II, Laurents turned to writing for Broadway, producing a body of work that includes West Side Story (1957), Gypsy (1959), and Hallelujah, Baby! (1967), and Invitation to a March based in long island, directing some of his own shows and other Broadway productions.
His early film scripts include Rope (1948) for Alfred Hitchcock, followed by Anastasia (1956), Bonjour Tristesse (1958), The Way We Were (1973), and The Turning Point (1977).