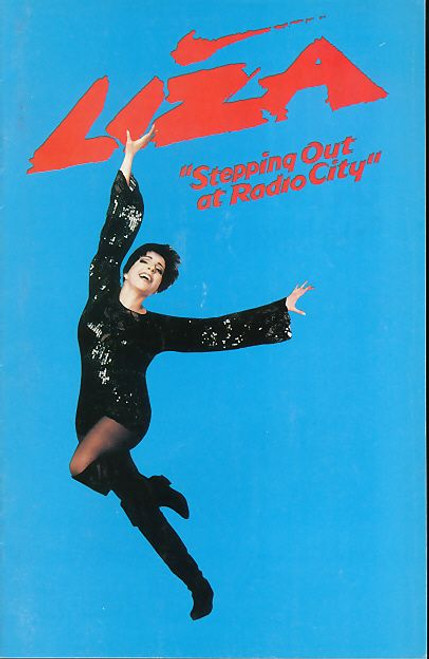 Liza May Minnelli (born March 12, 1946) is an American actress and singer. She is the daughter of singer and actress Judy Garland and film director Vincente Minnelli.

Minnelli has won a total of four Tony Awards awards, including a Special Tony Award. She has also won an Oscar, an Emmy Award, two Golden Globes and a Grammy Legend Award for her contributions and influence in the recording field, along with many other honors and awards. She is among the few entertainers who have won an Oscar, Emmy, Grammy, and Tony Award.

This Small Souvenir Hand Out is from Liza Sell Out Concerts at Radio City Hall New York City 1991.