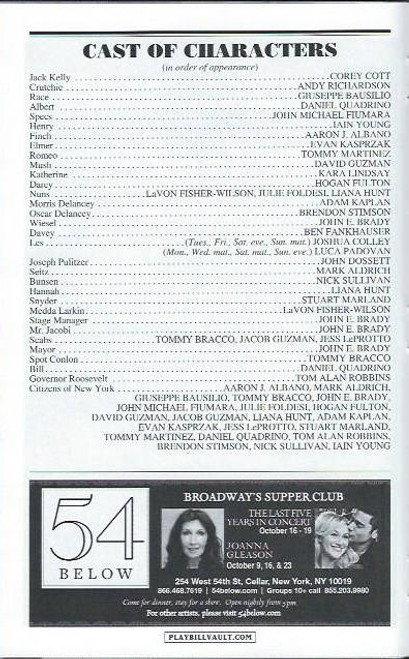 Newsies The Musical is a Disney Theatrical Productions stage musical based on the 1992 film Newsies, which in turn was inspired by the real-life Newsboys Strike of 1899 in New York City. The show has music by Alan Menken, lyrics by Jack Feldman, and a book by Harvey Fierstein. The musical premiered at the Paper Mill Playhouse in 2011 and made its Broadway debut in 2012.