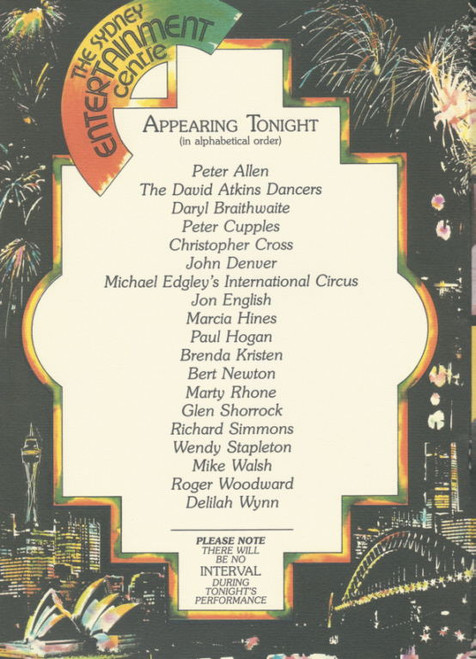 The Sydney Entertainment Centre, known as the Qantas Credit Union Arena for sponsorship reasons, is a multi-purpose venue, located in Haymarket, Sydney, Australia. It opened in May 1983, to replace Sydney Stadium, which had been demolished to make way for a new railway. The centre is currently owned by the Sydney Harbour Foreshore Authority, which administers the neighbouring Darling Harbour area, and managed under a lease. It is one of Sydney's larger concert venues, licenced to accommodate over 13,000 people as a conventional theatre or 8,000 as a theatre-in-the-round. The centre's only regular tenant is the Sydney Kings who play in the National Basketball League. The SEC, known as the "Kingdome" during Kings home games has a capacity of 10,517 for basketball.

Elton John has played numerous concerts there over the years, including eight dates in 1986 with an orchestra. The latter shows were some of the last he performed prior to throat surgery. Having played over 40 shows at the Entertainment Centre.

Genesis played 9 dates at the 1986 leg of the Invisible Touch Tour (25–27 November and 15–20 December). Some of the songs were performed with an Australian string section. Archives 2 – disc 2 holds a version of "Your Own Special Way" recorded at SEC.

David Bowie recorded his performances on 7 and 9 November 1987 from his worldwide Glass Spider Tour for release on video and CD at the Entertainment Centre.

Two of the Beatles have performed at the venue, Paul McCartney for three sellout shows in March 1993, and George Harrison made a surprise appearance at a Deep Purple concert in 1984.

Mariah Carey performed on the 2 and 6 February, 1998, for her Butterfly World Tour