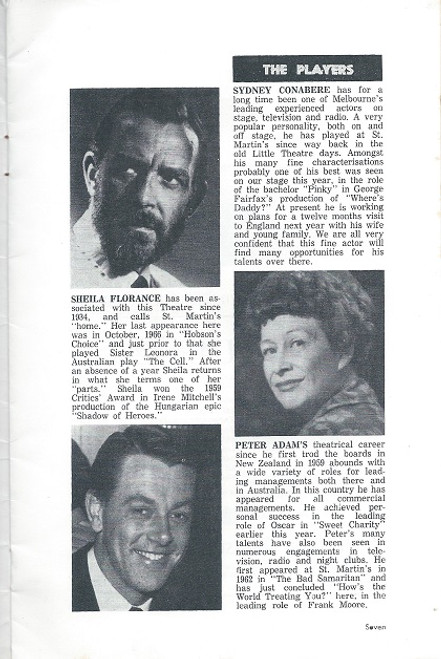 The Birthday Party (1957) is the first full-length play by Harold Pinter. It is one of his best-known and most frequently performed plays.
In the setting of a rundown seaside boarding house, a little birthday party is turned into a nightmare on the unexpected arrival of two sinister strangers. The play has been classified as a comedy of menace, characterised by Pinteresque elements such as ambiguous identity, confusions of time and place, and dark political symbolism.

Produced by Michael Codron and David Hall, the play had its world première at the Arts Theatre, in Cambridge, England, on 28 April 1958, where the play was "warmly received" on its pre-London tour, in Oxford and Wolverhampton, where it also met with a "positive reception" as "the most enthralling experience the Grand Theatre has given us in many months.

A Swell Party A Celebration of Cole Porter